The ancient Khmer game of Tigers and Cows is the national game of Cambodia where it is known as Kla Si Ko ().The game of 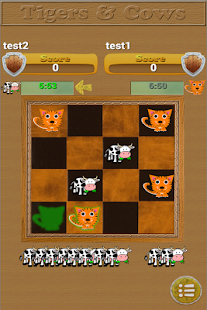 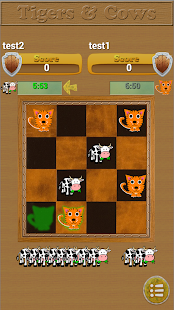 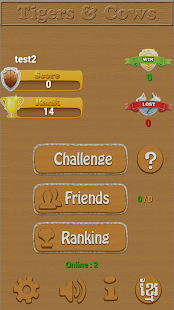 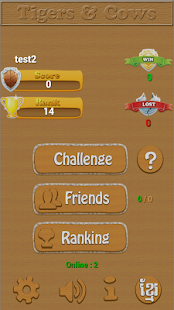 1- How to play
The game has two phases. In the first phase, the Tigers are put at corner of the board. Players take turns to plays and cows start first.Only tigers can move at the first phase. Once all cows have been placed to the board, the second phase started in which the cows can move too.

2- Move and Capture
All tigers and Cows can only 1 step upward, downward or left, right.
The tiger can hop over adjacent cow into a vacant cell beyond along a straight cell. The latter move captures the hopped-over cow which is removed from the board. Cows can not hop or take tigers. Tigers cannot hop over other tigers.